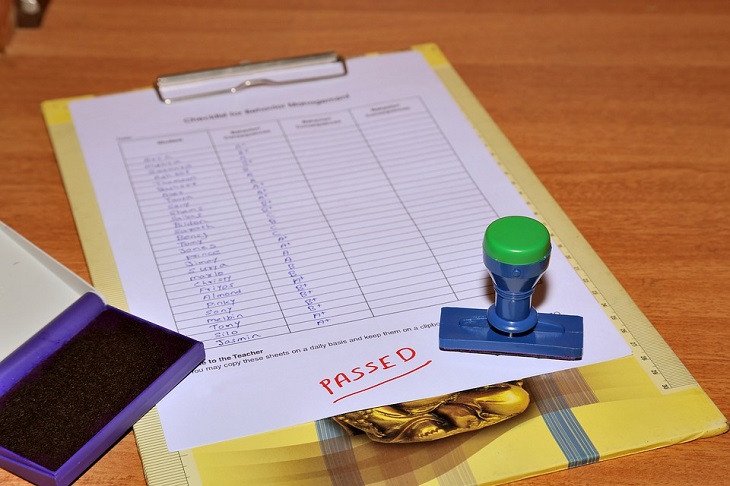 The Kenya National Examination Council, KNEC, uses a standardized grading system to award marks and evaluate the overall academic performance of students who sit for the KCSE exams annually.

As of now, the KNEC KCSE results are determined using a 12-point grading system. The overall grade attained by the candidate in question eventually dictates the level of the tertiary institution he or she can join. KNEC grading is dynamic because it is based on the performance of the applicants in a certain year.

Three subjects out of these, English, Kiswahili, and Mathematics are compulsory. Also, note that a candidate must further take a minimum of two sciences and one Humanity.

In the selection, the seventh subject can as well be chosen from the remaining categories i.e., Applied, Humanities, Sciences, etc. The highest grade you can get is an A(plain) which carries a point load of 12. Conversely, the lowest grade is an E (that has one point only)

KCSE mean grade of C+ is the ‘pass’ grade that determines the cut-off points for students joining universities on full government sponsorship. In that nature of most Kenyan households, students struggle to attain a grade of C+ to save their parents from incurring tertiary education tuition fees.

Apart from that, the majority of employers consider grades C to E insignificant owing to the rising literacy levels and stiff competition for limited white job opportunities. Most candidates who score the aforementioned grades however get placed by the Kenya Universities and Colleges Central Placement Service, KUCCPS, in technical and vocational institutions.

Further, it measures the competence levels achieved by learners at the end of the four-year courses. This paradigm shift in the KNEC Grading System. It is recently, KNEC used the grading system as a comparative tool for weighing students’ abilities.

The KCSE grading system measures all the mastery of the 6 levels of Bloom’s taxonomy. It also measures the competence levels achieved by learners at the end of the four-year course.

TSC Releases New List Of All Principal Transfers Per County

The Teachers Service Commission, TSC, is still affecting the delocalization of school administrators. The Commission has…

The Teachers Service Commission, TSC, is being pushed by the Kenya National Union of Teachers, KNUT,…