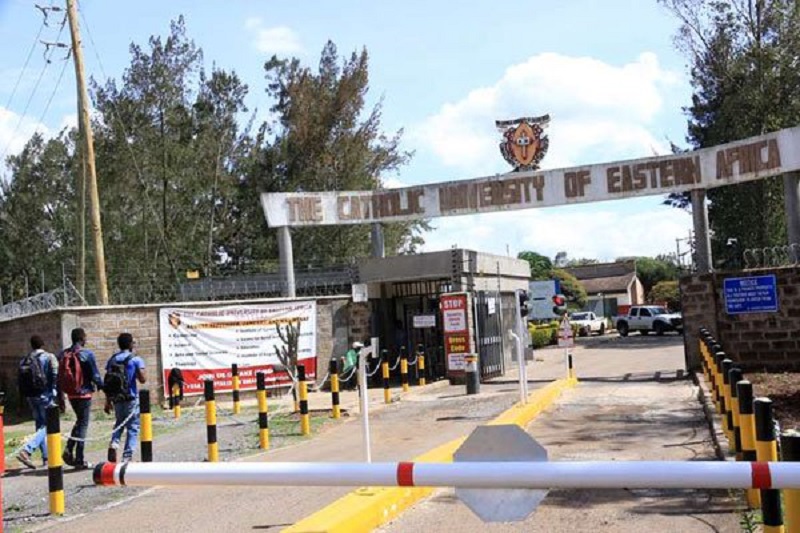 The Catholic University of East Africa (CUEA) is dead but the owners keep on thinking that it is in a coma and it will rise soon. Maybe they are planning to call upon the “Mightiest Prophet” to awaken it from the bottomless pit like he did in Baringo.

The once vibrant academic giant that used to be a darling of many for its quality of education and tradition is no more. It will soon become history and those within will not see it coming.

The institution is now an empty shell ruled with financial mismanagement, misuse of power by the top brass, issuing fake marks, massive missing marks for students, assault of senior lecturers by their colleagues, and threats and intimidation for those who want to speak out.

The hypocrisy that lies within CUEA is in the name “Catholic”. The institution is hiding behind the religious tag to commit what can only be termed as the “unholy mess within a ‘holy’ vicinity.”

“We are the religious institution and we don’t do that,” is a common phrase from the management to everyone who tries to question the ‘unholy mess”.

For a very long time, lecturers at the Catholic University of East Africa have been going without their salaries with some even for months.

On several occasions, both the teaching and non-teaching staff have threatened to down their tool to compel the institution to pay them.

The institution has been relying on part-time lecturers, who, upon not being paid, literally “disappear” with marks belonging to students as a way of “punishing” the management.

Senior lecturers who try to voice their concerns over delays in their payments are either threatened declared enemies of the institution or demoted from their respective positions.

An audit done at the university reveals massive mismanagement of funds meant to run the institution, including paying lecturers.

But again, when one asks, the answer is the same, “We are a religious institution, we don’t do that.”

On 19th October 2018, major graduation at CUEA almost ran into limbo after it emerged that hundreds of students had missing marks.

It later emerged that the massive missing marks were a result of former lecturers who left in protest after the institution refused to pay them their dues.

The graduation took place but where the management got the missing marks to award the students is still a riddle. This is where the awarding of fake grades comes in.

Some students within the institution claim that some of their colleagues who never attend lectures end up getting As with no explanation given.

Some of the students we interviewed claim that sex for grades within CUEA is the order of the day. They say any pretty lady who is able and capable of opening her legs is 100 percent assured of either an A or sometimes a degree.

The university, as usual, denies the “allegations” and any promise of an “investigation” often ends at the point the brief on the promise ends.

Dr. Rosa Ko, a senior lecturer in political science at the Catholic University of East Africa was assaulted by an acting dean of students Mr. Samuel Wakanyua on October 3, 2018.

Since the assault, Dr. Rosa Ko has known no peace from an institution she served worldwide and with which she held with so much respect and esteem.

Dr. Ko reported the incident to Vice-Chancellor Prof Stephen Mbugua who urged her to settle the matter internally. The VC seemed determined in making sure that the assault dies and does not see the light of the day. Justice was on trial.

When the management learned that Dr. Rosa had reported the matter and that the media was aware of the assault, they issued a statement, promising an investigation into the matter. She was called to record her statement with internal investigators. What raised more eyebrows was that all those on the panel constituted to ‘investigate’ the matter, were people close to Mr. Wakanyua.

Dr. Ko decided to proceed with the police case, which would mature into a court case. Wakanyua was given bail in the case, even as police officers conducted investigations. The first bail bond expired but Hardy Police Station extended it after receiving a letter supposedly signed by CUEA’s DVC of Administration Stephen Ngari. The letter alleged that Wakanyua is instrumental to CUEA’s graduation ceremony and that the university expected him and Dr. Ko to settle the matter outside court.

Wakanyua skipped a plea hearing at Kibera Court on October 26, 2018. His lawyer claimed that he was in Nyeri to handle a land dispute. The judge extended the hearing date to October 31, 2018.

On October 30, it is alleged that Dr. Ko received around 30 phone calls from CUEA asking her to come to campus to read the results of the internal investigation.

Later she would learn that the VC had pressured the internal investigation committee to force her to accept Wakanyua’s apology and drop the case which she refused. When Dr. Ko’s lawyer asked for the results of the investigation, they refused to convey them.

Wakanyua failed to appear for the second time to take a plea until the judge threatened to issue an arrest warrant. He appeared and pleaded not guilty after he and his lawyer gave conflicting accounts about his visit to Nyeri.

The judge issued bail under the condition that Wakanyua, or his agents, do not tamper with evidence or witnesses on CUEA’s campus.

On January 7, Dr. Ko received a Show Cause Notice from CUEA indicating they want to fire her for speaking to the media. However, On January 18, Dr. Ko submitted her resignation letter with a three-month notice “due to ongoing victimization”.

Dr. Ko has since learned that the University intends to end her employment before the end of the three-month notice. The hearing of her case is set for February 14.

One thing led to the other, with details emerging of a big lie in Mr. Wakanyua. Despite being listed as a senior lecturer on CUEA’s website, the deputy director confirmed that Wakanyua was an ordinary lecturer who was never promoted.

Will justice be served while it is still hot? 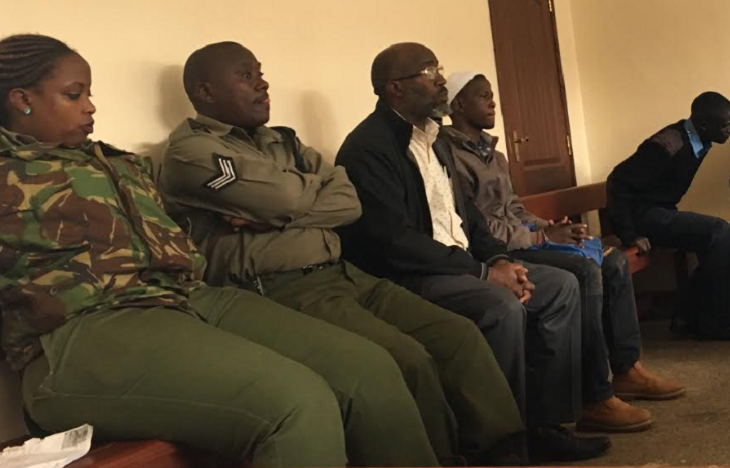 On January 28 this week, Magistrate Ojoo from the Kibera Law Courts ruled that Mr. Samuel… 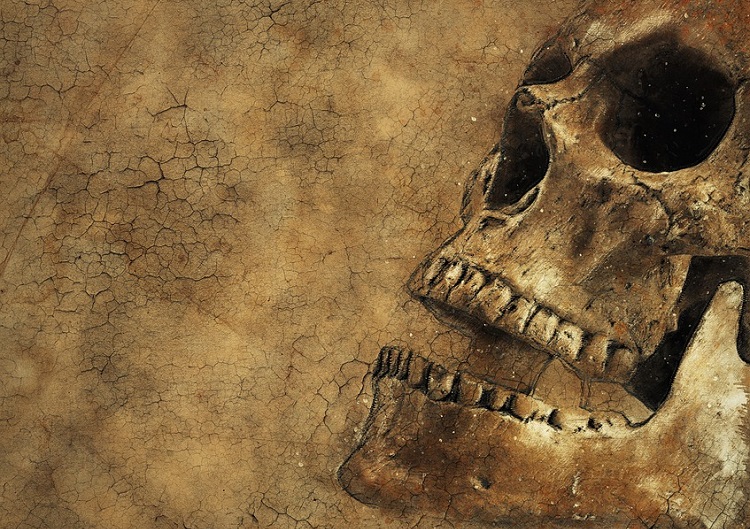 Unearthing the Stinking Rot at CUEA Dominated By Assault for Women, Sex for Grades and the…

Kenya’s higher education sector seems to be a scam. Universities are increasingly producing what the country…