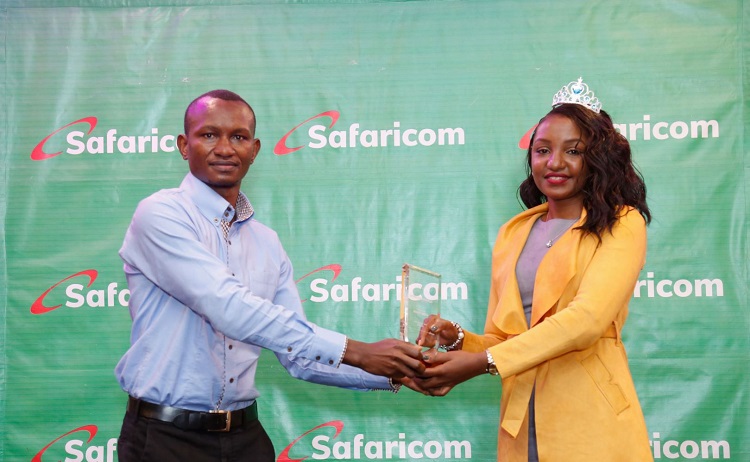 The 8-week challenge saw over 70,000 mobile gamers from across the country compete in various mobile games including simple puzzle, arcade, and action games, with four hundred and eighty winners awarded daily and weekly prizes ranging from smartphones to airtime.

Elizabeth, an ardent gamer from Ruiru, Kiambu County, accumulated 1,168,750 points to create an unassailable lead during the last 6 weeks of the competition. She takes home the grand prize of an iPhone 11 Pro Max as well as three PlayStation 4 devices and twenty-two neon ray-pro smartphones among other daily prizes won during the challenge.

“I am delighted to be announced as the overall winner of the MobiPlay Challenge by Safaricom. The competition was tough as it involved experienced and professional mobile gamers across the country. I have been leading since week three, winning all five games including shooters, basketball, crossing, knify, and stacking to get here,” said Elizabeth Mbugua, MobiPlay Challenge winner.

Victor Kimiyu from Nairobi and Kevin Ocharo from Nyamira finished in second and third place respectively with 1,147,100 and 405,600 points each, taking home neon pro smartphones among other daily prizes ranging from headphones to airtime.

Safaricom Games Lounge has been in existence since 2015 and is used by over 167,000 customers to access affordable premium mobile games, with puzzle and arcade games the most popular options.

The MobiPlay Challenge follows a successful e-sport competition ran by Safaricom in 2019, which saw over 900 gamers across the country participate in grassroots and regional console-based tournaments.