Our Officers Did Not Harass Dr. Ogada With Guns – OL Jogi

Dr. Mordecai Ogada, in a long Facebook post, said that he and his family were harassed by the security officers… 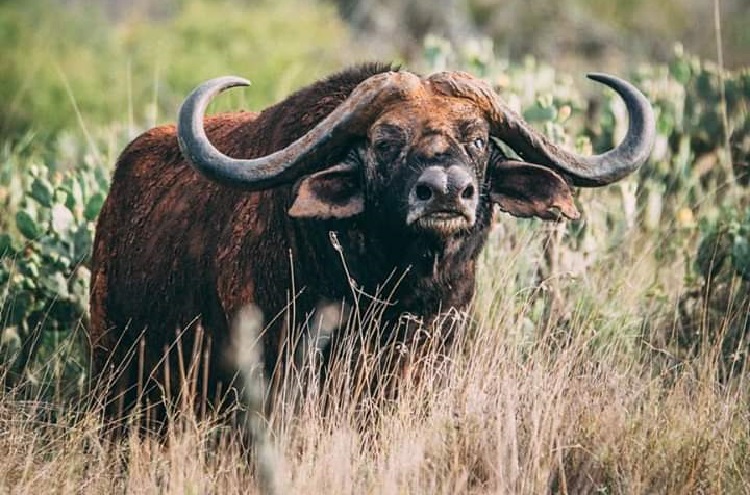 Dr. Mordecai Ogada, in a long Facebook post, said that he and his family were harassed by the security officers at the OL Jogi Conservancy.

He said as he drove along with his family while taking pictures of the wildlife in the conservancy, officers pulled him over and told him to stop taking the pictures and drive on. When he refused, he says the officers called for reinforcement and tens others pulled up with guns blazing.

He says the officers threatened to shoot him, calling him a poacher and that his family was terribly shaken. The allegations by Dr. Ogaga attracted the attention of the Cabinet Secretary for Tourism Mr. Najib Balala who issued a statement and called on speedy allegations.

The CS said no Kenyan should he harassed or victimized while visiting any park or conservancy in any part of the country.

But in a turn of events, OL Jogi Conservancy has refuted the claims saying Dr. Oganda raised false representation of facts. According to the conservancy, its rangers comprise of personnel from the National Police Reservist (NPR) and are seconded by OL Jogi to patrol the conservancy.

“Ol Jogi wildlife conservancy has noted with concern the false representation of facts via social media by Dr. Mordecai Ogada who alleges that he was confronted by our security team in an aggressive and threatening manner while parked on the road reserve along the public road that bisects our conservancy,” said the conservancy in a statement.

The conservancy says one of the NPR security officers, attached to our conservancy, sighted Dr. Ogada’s vehicle parked beside a public road next to “our perimeter fence, where there was a herd of Elephants and a single critically endangered Rhino bull. He approached the vehicle, driven by Dr. Ogada, by stopping alongside it in his vehicle, as dictated by security protocols.”

The security officer while in his car, says the conservancy, then enquired from Dr. Ogada whether he had any mechanical problems with his vehicle, after which he kindly requested him to refrain from taking photos as this was a pretext that poachers have used in the past to scout for an opportunity to poach endangered wildlife in the conservancy.

“At this point, Dr. Ogada got angry, threw his business card at our security officer, and drove off.  As per security protocols, the Security officer immediately reported the incident to the command station via radio.   Other NPR officers were on a standard foot patrol approximately 1 km from the location of the original incident and upon hearing the report, given to the Command Station, the second team radioed and stated that they were nearby. They went to the road and noted Dr. Ogada stopped his vehicle when he approached them.”

“As per security procedures, the two officers asked if he had communicated with the conservancy’s management of his interest in taking photos of the wildlife, at which point Dr. Ogada became aggressive and drove off. The security team then logged in their incident report as per protocol.”

Currently, the investigation into the incident as directed by CS Najib Balala is ongoing.

Minet Adds More Hospitals On Its Portfolio For Kenyan Teachers