In brief, tell us about Koko Networks and the number of counties you impacted in Kenya. As a global climate… 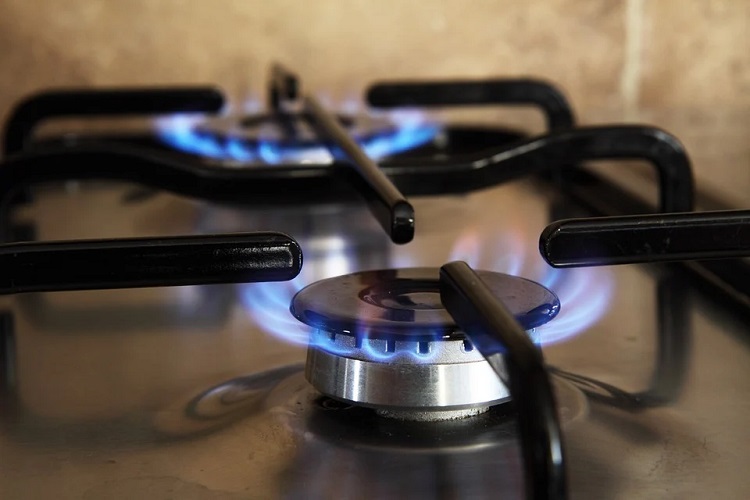 In brief, tell us about Koko Networks and the number of counties you impacted in Kenya.

As a global climate technology company, KOKO Networks is driving the transition to sustainable bioethanol cooking fuel from deforestation-based charcoal in tropical forest nations, starting in Kenya. With the launch of its first network in Nairobi in late 2019 and its rapid expansion through 2021 and 2022, the company currently sells clean fuel to over 775,000 households in urban Kenya, including over 30% of all households in the broader Nairobi metropolitan area. Koko Networks is currently operating in five major urban markets in Kenya: Nairobi, Mombasa, Kisumu, Nakuru, and Eldoret, with plans to launch additional networks in 2023 and beyond.

With KOKO’s retail partners, we operate utility-style distribution networks for clean fuel, centered on a dense network of smart fuel ATMs installed inside small shops. We manufacture and sell a two-burner cook stove that runs safely and efficiently on liquid bioethanol produced locally. Additionally, KOKO offers a range of distribution, dispensing, and end-use technologies to ensure users can safely and affordably access clean fuel. With this, the quality of life in the communities served by KOKO has improved significantly.

The charcoal industry is the primary driver of African deforestation, driven by soaring demand in fast-growing cities. The social and environmental impacts are devastating, above all threatening food security and causing hundreds of thousands of deaths each year. According to the World Health Organization, in Africa an estimated 600,000 people a year die from exposure to fumes generated from polluting fuels used for cooking and heating, the majority of whom are women and children.

KOKO fuel out-competes dirty cooking fuels in the two areas that matter most to consumers: affordability and accessibility. Its approach enables sustainable bioethanol cooking fuel to undercut charcoal by 40%. Consumers can purchase fuel bundles as low as $0.30, eliminating the “poverty penalty” often charged to low-income consumers who can only buy fuel in small units. The affordability and convenience of KOKO Fuel have encouraged rapid adoption. Today over 775,000 households cook daily with KOKO Fuel.

Solving the dirty cooking fuel crisis in Africa requires switching households to a clean and sustainable fuel that will undercut dirty fuels on price without requiring host nation subsidies. The public funds required to subsidize fossil LPG into the mass market, as occurred in middle-income nations such as Brazil, Indonesia, and India, are not readily available in most nations facing a charcoal crisis. KOKO Fuel is the fastest, safest, cleanest, and most affordable fuel on the market, and outperforms dominant fuels such as charcoal, wood, kerosene, and LPG on all key qualitative measures.

Scaling the KOKO Fuel solution across Africa to the countries that need it requires customized policy and support from national governments. KOKO is looking to work with host country governments and their international development partners to understand the clean cooking fuel solution in depth and to write enabling legislation.

With the recently held COP27, what would you say is KOKO Networks’ role in mitigating climate change?

Delegates at the recent COP27 emphasized the need to take immediate action in curbing emission levels globally. Continued use of unclean fuels such as oil, coal, and gas escalates the existing challenge of global warming.

Each year the African charcoal industry causes 1 billion tons of GHG emissions and 5 million acres of forest destruction. The devastation only increases with urbanization, as people shift from using sustainably-collected firewood rurally to deforestation-based charcoal in urban areas. In most African states, the charcoal industry delivers far greater emissions than the power, manufacturing & transportation industries combined.

KOKO is scaling a hardware, software, and operating platform that enables the replacement of deforestation-based charcoal in emerging markets with bioethanol cooking fuel. Bioethanol is a 100% renewable fuel produced from agricultural feedstock that does not result in long-term GHG emissions to the atmosphere.

Switching households from charcoal to ethanol delivers major emissions reductions. KOKO is projected to serve 1 million households in 2023 – a significant contribution towards Kenya’s quest to mitigate climate change. A recent independent report (Dalberg, 2018) noted that a robust ethanol cooking industry in Kenya alone could deliver >10% of Kenya’s “Paris 2030” emissions reduction targets, without requiring any government funding.  Governments across the continent are now taking notice of the opportunity to grow ethanol cooking. Over time, KOKO’s operations will play a vital role in protecting Earth’s African forest ‘lungs’, by enabling affordable access to a modern, clean alternative to deforestation-based charcoal to millions of households in emerging markets.

Women play a great role in promoting the adoption of clean energy in households. How can this role be enhanced?

There are three billion people, around 40% of the world’s population, that still rely on biomass for cooking, lighting, and heating. As primary cooks, women and girls disproportionately bear the negative impacts of clean energy poverty- safety risks, health challenges, and lost productivity. However, they are also central to clean energy solutions.

Switching to KOKO Fuel offers clear advantages and material benefits to women’s lives. The majority of KOKO’s partnering SME ‘KOKO Agents’ are typically independent, female entrepreneurs. Partnering with KOKO provides an additional revenue stream that enables these small business owners to increase their profitability and resilience. The commission’s program allows local shopkeepers who install KOKO Points, our smart fuel ATMs, in their stores to earn a percentage of the sales of the KOKO cooker and KOKO fuel.

KOKO also encourages equal gender participation in marketing, R&D, and product design activities. The company has also instituted measures to remove or alleviate identified gender barriers within its control and works to improve awareness among male and female populations about gender equality and equal participation in household chores.

Overall, tackling the challenges of access to clean cooking – and driving the energy transition more broadly – can be greatly enhanced by focusing on gender as a core pillar of any strategy. The links between gender, women’s empowerment, and clean cooking globally are plain to see.

The author, Mabel Rubadiri, is a Public Affairs Associate at KOKO Networks

Unlocking Growth Through Reinvention In The Digital Age