Kenyan Elections Are Bad For Business

Looking at how the NSE has been behaving every election year, 2022 might not be different.

Kenyan elections are historically bad for business. Every election year is a year of uncertainty in the Kenyan economy. Joshua Oigara, the Managing Director of KCB Group says that just like any other election year, 2022 will also be a threat to businesses and investments.

The year 2022 is finally here with us. Despite the massive efforts to have the Kenyan economy recover from the effects of the Covid-19 pandemic, the country faces yet another challenge; the 2022 general elections. It is too early to tell exactly the impact of this election on businesses.

Political drums around the country have reached the crescendo. They started some three years ago and they are just nearing their peak. The louder they become, the more anxiety among the business community. Some foreign investors have booked their flights out.

The 2022 general elections have been said to likely go down as the most-competitive elections that can only be likened to what happened in 2002 when President Daniel Moi went into retirement. They might more competitive than those in 2013/14.

This year, President Uhuru Kenyatta is expected to retire. Either way, the country will have a new president. It is obvious that the country is going to take a new direction.

The heat in this year’s general elections is between the current Deputy President William Ruto and the former Prime Minister Raila Odinga. Both are “political horses” with a huge number of following. The country is already in a campaign mood.

Although analysts have maintained that businesses will not be disrupted this year, anyone can tell that the business community knows exactly what will happen. Who doesn’t know that once bitten twice shy? Many are choosing to be cautious. Hope for the best but prepare for the worst.

In the previous elections, Kenyans have witnessed a slowdown and a near collapse of businesses. In some of the elections that have been marred with violence, businesses have been destroyed and the majority have never recovered.

Just like any other election year in Kenya, this year, many investors are reluctant to venture into new investments employing the “wait-and-see” approach. Many companies have also halted plans to hire employees until after the general elections.

Many companies have already halted expansion plans as they wait to see where the political wind will blow.

During “normal years”, most corporates in Kenya often fully start operations and new budgetary allocations during the month of March. This year is different. For us who are in the media industry, we started receiving press releases as early as January 1, 2022. This means that most companies want to conclude their major events for the year laters June this year before taking a backseat to wait for the election outcome.

During the 2017 general elections, the violence that was mostly witnessed in Nairobi affected the bourse. Foreign investors at the Nairobi Security Exchange (NSE) were in a panic, sold their stocks, and invested in “less risky investments” such as gold. The stock market was among the greatest losers during that period.

Looking at how the NSE has been behaving every election year, 2022 might not be different. It usually performs dismally every time we head into a general election. Despite the fact that many listed companies (unlike before) have tried to disassociate themselves from politics, panic will set in some 2 to 3 months before the election.

Many analysts say that the handshake between President Uhuru Kenyatta and Raila Odinga is an assurance that violence will not occur during this year’s general elections. But that is not assurance enough to convince investors this year.

Already, claims of elections being rigged in favor of Raila Odinga have rented the air, a dangerous recipe for chaos as it has always been during the previous elections. With an already-charged political environment, it will be early to rule out violence.

Sectors likely to be affected this year are; the tourism sector (always suffers during elections) and when it does, the hotel industry is always not far away from the suffering basket, the stock market, new investments, as well as the transport sector.

What is your take? Do you think this year will be bad for business too?

Habits That Will Improve Your Financial Success In 2022 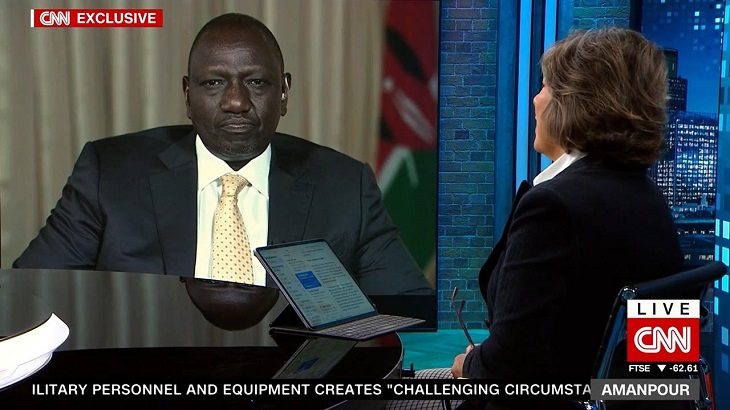