Hardship allowance is paid in an effort to compensate for the cost of living for teachers working in areas designated as hardship. The Teachers working in hardship areas face a myriad of challenges; from lack of water, and flooding to hostile living conditions characterized by constant spates of attacks.

TSC excluded all sub-counties in Nyandarua County from the list of hardship regions. Other counties affected by this move are Muranga, Kandara, Kigumo, and Nyahururu Sub-Counties

The TSC has specified various areas as hardship areas. The regions listed as hardship comprise those that are in arid regions and those affected by famine and terrorism.

In 2021, the Government revised the hardship areas, scrapping some on the ground that they can no longer become considered to be hardship areas now that they have undergone major development in terms of availability of social amenities and all-weather roads. 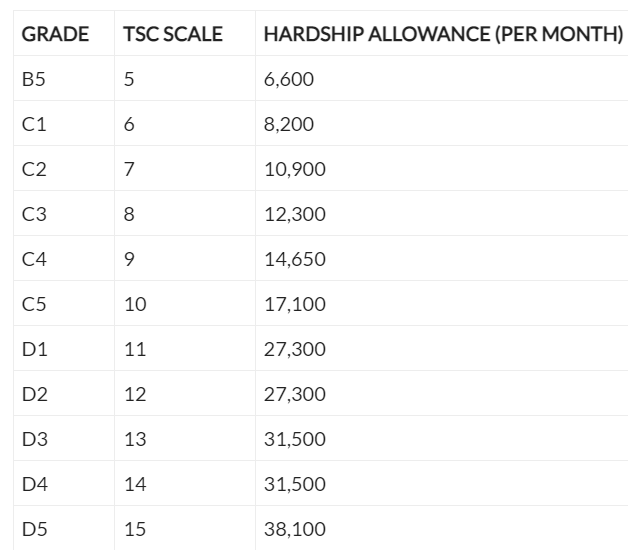 Teachers who have been working in these regions have been getting incentives ﴾hardship allowances﴿ to help sustain them in those places by recompensing for lack of social amenities, infrastructure, and a challenging environment.

The commission made an official statement that will see teachers working in these areas have their salaries reduced.

The Role Of Stablecoins In The Crypto Market In Africa

How To Make More Money Via E-Commerce

Teachers Salary To Be Reviewed Every Four Years- SRC

Under new laws, teachers’ and public employees’ pay and allowances will be reassessed every four years…

The Teachers Service Commission (TSC) has released a list of 1,025 teachers for promotion under new…

The teachers’ employer (TSC) has released a list of 186,744 teachers who are set to receive…