No Kenyan actor has landed more roles in Hollywood than Edi Gathegi. From playing nomadic vampire Laurent in The Twilight… 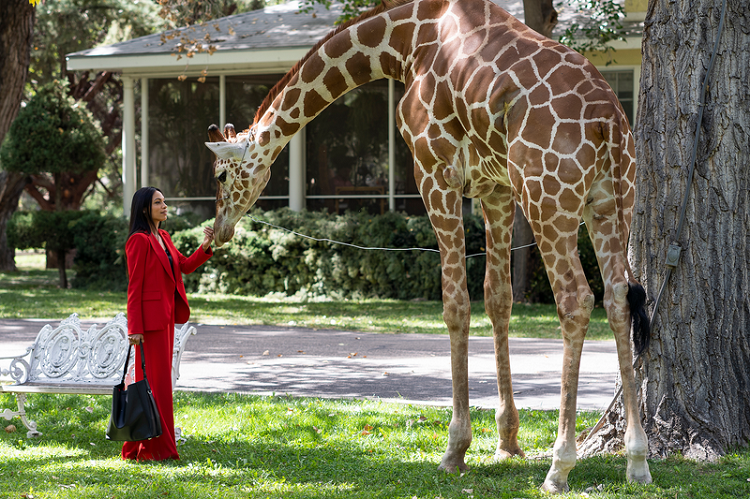 No Kenyan actor has landed more roles in Hollywood than Edi Gathegi. From playing nomadic vampire Laurent in The Twilight Saga film series to the mutant Darwin in X Men: First Class, to the Mormon doctor in the medical drama House (also on Showmax), to his current role as a mobster in the tech crime drama Start Up, there is no shortage of notable Hollywood roles that the actor has portrayed.

But perhaps most recognized by many Kenyan fans is his role as the slick and mysterious Cabal enforcer Mr. Solomon – once touted as Raymond Reddington’s worst nightmare – in the crime thriller The Blacklist.

Briarpatch, from Andy Greenwald (Legion) and Mr. Robot creator Sam Esmail, follows Allegra Dill (Rosario Dawson from Luke Cage), a high-powered investigator who returns to her hometown to investigate the mysterious circumstances of her sister’s death, and in the process uncovers a web of lies, conspiracies, and corruption.

Gathegi’s Singe was friends with Allegra’s sister and is willing to extend the same courtesy to Allegra, but she could care less about making friends in the “poisoned shithole” she calls her hometown. She’s more interested in digging up the truth, even if she has to burn the town to the ground to get it.

Singe is described as an “iconoclast” and, more surprisingly, an “optimist” in a town where everything is in total disarray. Police officers are getting bombed in their cars, zoo animals are on the loose (if you’re unlucky, you’ll get mauled by a tiger), immigrants are crossing the border illegally, and dirty cops are everywhere.

Amid the chaos and unusual appeal of this small degenerate town, Singe is a man of casual charm and a unique fashion sense – Hawaiian shirts – and is perhaps the most sensible person in town. At times, he’s also Allegra’s voice of reason and sentimentality, telling her that it’s okay to embrace her grief and occasionally warning her to tread carefully in her quest for the truth.

Allegra, however, isn’t the kind of woman to be told what to do. You know she means business the moment she struts on screen and immediately starts asking the tough questions that everyone in town seems to be dancing around. Of course, that makes everyone a suspect, including her once-poor-now-rich childhood friend (Mad Men’s Jay R. Ferguson), now a target of a senatorial investigation that Allegra is running concurrently with her sister’s murder investigation.

It’s only a matter of time before the two cases collide as Allegra digs deeper to uncover the town’s secrets and a deeply corrupt system of power-seekers and double dealers.

Other than unraveling the mysteries and the web of lies, you’ll also enjoy seeing Dawson in impeccable power suits that only heighten the badass, no-nonsense woman that Allegra is.

Huawei To Train Kenyan Youth On The Latest Technology