Crown Paints Comes To The Aid Of Vulnerable Muslim Families

Crown Paints Kenya Plc has announced a donation of Ksh. 1m through its ‘Crown Iftar’ initiative to provide Iftar food… 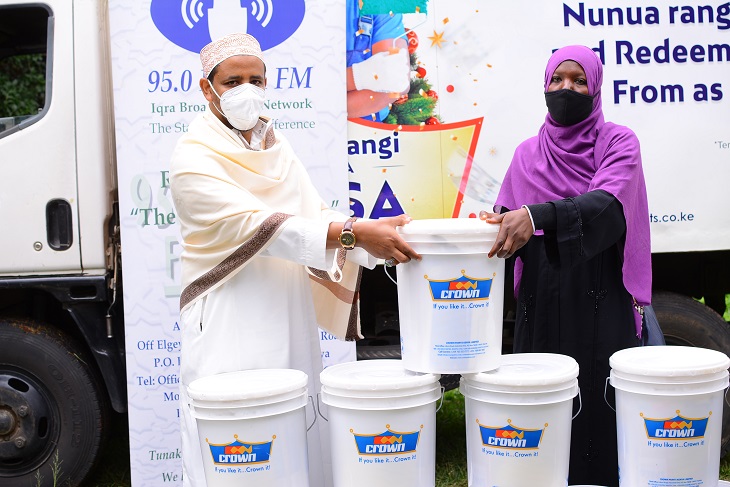 Crown Paints Kenya Plc has announced a donation of Ksh. 1m through its ‘Crown Iftar’ initiative to provide Iftar food support to vulnerable Muslim families and several faith-based institutions whilst educating the community and re-emphasizing the Covid-19 guidelines put in place by the Ministry of Health during Ramadhan.

A recent study[1] on how Covid-19 had caused an economic toll in nine countries, including Kenya, shows that 45 percent of people were forced to miss or reduce meals while only 11 percent were able to access relief aid of any kind from governments or NGOs, and in some communities, it was zero percent.

Crown Paints Group Human Resources Manager Nicholas Wanambisi said: “Ramadhan is the most important period of the year for Muslims with a month marked by gratitude, prayer, family, and community. We must show our brothers and sisters WE ARE ONE despite the current economic hardships brought about by the Covid-19 pandemic.”

To run the initiative, Crown Paints has partnered with IQRA – a Muslim-based radio station based in Nairobi – to emphasize the Covid-19 protocols during Ramadhan as well as identify 30 vulnerable families that deserve support.