On this week’s African Voices Changemakers, CNN International’s Arit Okpo travels to the Samburu National Reserve in Kenya to meet the woman… 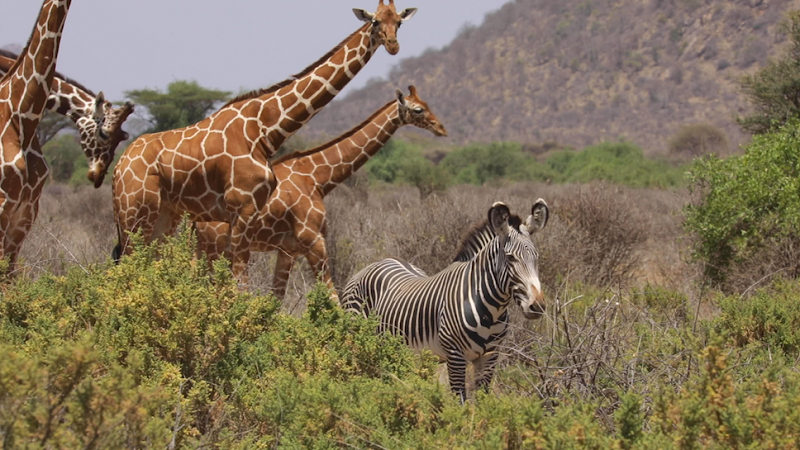 On this week’s African Voices Changemakers, CNN International’s Arit Okpo travels to the Samburu National Reserve in Kenya to meet the woman responsible for ensuring the survival of an endangered zebra species.

Sheila Funnell is a wildlife conservationist working to protect Grevy’s zebra. She tells Okpo about the species, “Grevy’s zebra is one of the three zebra species found in Africa. They are the largest of the three zebra species and they are also the most endangered. In Kenya we have 90% of the remaining wild population, so that’s a significant number when you consider that just over 3,000 individuals exist in the wild today.”

Raised in Nairobi, Funnell and her family spent their holidays traveling the Kenyan wilderness. She says these experiences influenced her future career, “My childhood memories are full of those travels, they are full of being together as a family, seeing wildlife and people interacting. I didn’t know how but I really knew I wanted to maintain this bond that people and wildlife have always had.”

After completing a bachelor’s degree in conservation biology, followed by a master’s degree in taxonomy, Funnell began working with the Grevy’s Zebra Trust in 2015.

Grevy’s Zebras are one of Africa’s most endangered large mammals, threatened by poaching and by habitat loss. Funnell explains how these challenges have evolved, “So in the 1970s the Grevy’s zebra population dropped from about 15,000 individuals to just under 2,000 and that was primarily because of hunting for their skins for the fashion industry. Since then, we’ve had a huge reduction in the quality of land, so range degradation has taken a huge toll in Grevy’s zebra numbers and range degradation has been getting worse and worse in some areas.”

Through her job with the Grevy’s Zebra Trust, Funnell is working with local communities to promote conservation efforts. She talks about why this community approach is important, “I think the greatest obstacles towards conservation success come from separating people and wildlife. So, with Grevy’s Zebra Trust we work towards Grevy’s zebra conservation by promoting the benefits of livelihoods for people here.”

The Trust also works to support the community more broadly, including the Nkirreten Project which produced reusable sanitary pads designed with Grevy’s zebra stripes. When the coronavirus pandemic hit, this operation switched to producing face masks. Funnell describes how projects like this help, “It’s been such an amazing initiative because the reusable sanitary pads have really made a difference to women and also to school-going girls within this community. So, it’s really an excellent way for people to link back the conservation benefits of Grevy’s zebra to their livelihoods, their health, as well.”

While conservation can be a hard job with many challenges, Funnell stresses the importance of staying hopeful, “There are so many stories of species extinctions globally, stories of destruction, of loss of species, of pollution. It’s very difficult to sort of see a thousand years down the line and see how many species might survive. So, you really have to have hope and I think that is the most challenging part of the job. But I think it’s also one of the strengths of conservationists.”

In the future, Funnell hopes that her work with the Grevy’s zebra will inspire other conservation projects, “The legacy that I would like to leave is to show that wildlife and people can thrive, can co-exist. And I think the opportunity that we have with the Grevy’s zebra presents the perfect opportunity to show how that can happen and it can be a model for conservation on a much wider scale.”