Nigerian photographer Kola Oshalusi started his career as a scientist. He speaks about the differences between science and art and… 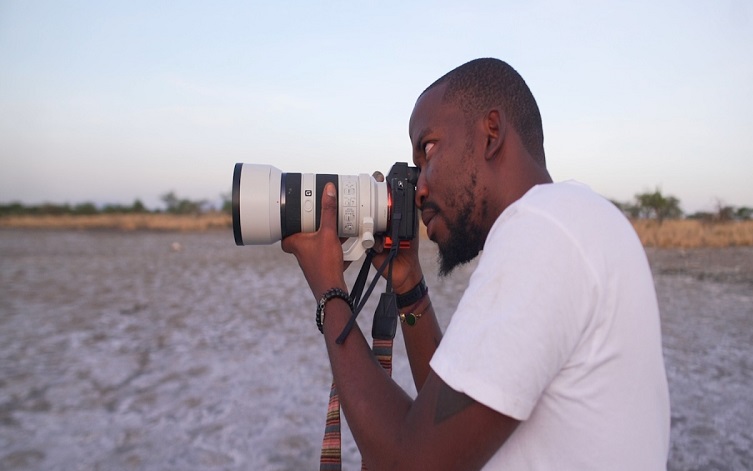 Nigerian photographer Kola Oshalusi started his career as a scientist. He speaks about the differences between science and art and changing his mindset as he switched careers, “Learning to see differently from the way the other person sees was kind of difficult because science is simple, science is, it’s either A or it’s B, but art is subjective. Art is what you say art is. Art is what your mind tells you at a point in time.”

For Oshalusi, photography and art are about a narrative. He describes how this influences his images, “I’m a storyteller. So, every time I create, I create a story. I love my work to have an identity, and that’s one thing I like people to take away from every time they see my work, to see the identity of where I’m coming from.”

Representing Africa and the continent’s unique stories are key elements of Oshalusi’ photography.  He talks to CNN about the importance of representation, “The world wants to see Africa in African images. We don’t have to shoot to look like anywhere else, we have to shoot to look like who we are, to look like Nigerians. When I shoot a slum, I shoot the beauty of that slum. When I shoot Lagos, I shoot the beauty of Lagos. Lagos has problems the same as every part of the world has problems, but it’s important to put an identity to what you create.”

Kristin-Lee Moolman is a South African photographer and filmmaker. She discusses struggling with her identity as a White South African and how this was reflected in her work, “For a long time, I think I wanted to really get away from being Afrikaans, being White, being South African, so it was anything to try and not be there. And I think it really permeated into my work because I’ve spent a lot of the time away from South Africa, trying to almost just shoot stuff that will try to be anything but where I came from. That took a long time for me to almost develop back in, be okay with, and then I realized throughout that process, and the process of me almost coming back to South Africa and feeling like this actually is my home.”

Moolman says that she has always been fascinated by people and uses portrait photography to explore this fascination, “I shoot portraits, I try to almost work on really connecting. That’s why I don’t really like it when people look off-camera, like the sort of direct stare into the lens, because there is that moment when that wall breaks down. It’s almost like an instinctive thing because I’m naturally curious about people.”

Based in Mauritius, photographer Eric Lee received his first camera from his mother. Lee explains his journey as a photographer, “Since then I started taking pictures of everything kind of, and then throughout my journey, I started to take pictures of portraits because for me it’s like getting to know a person through a picture. And then this led me to take more fashion pictures actually to look more at the aesthetical aspect of a picture. And I combine poetry and fashion.”

Lee’s fashion photography highlights the importance of color and light, using a simple, direct aesthetic. He tells the program about why photography is so special to him, “What fascinates me about photography was mainly you can capture a moment, and this moment, it lasts forever. A moment that couldn’t maybe repeat in a life.”

Born and raised in Nairobi, Kenyan photographer Brian Siambi started work as a fashion photographer, but soon added travel photography to his portfolio. He talks about the overlap in the two subjects, “When I started now doing travel photography, it started now to be an extension of my fashion. Because then every time I used to go to different terrains, then it would give me ideas on what, on what I can shoot fashion-wise in such different terrains.”

Siambi has been working on ‘The Dark Matter Project’ which, after six years of work, he hopes to release as a book later this year. He speaks about the goal behind the project, “The idea was to tell stories through fashion and also Kenyan stories, which then extended to the East African stories through fashion. So, then the idea then became we collaborate with different fashion designers, different models, and different stylists in terms of creating a body of work that showed the different creatures that we have.”

The latest series of Africa Avant-Garde, once again in association with Access Bank, will continue to showcase African innovators and creators working across art, design, music, film, and fashion.