BCW Named PRovoke Global Agency Of The Year For 2020 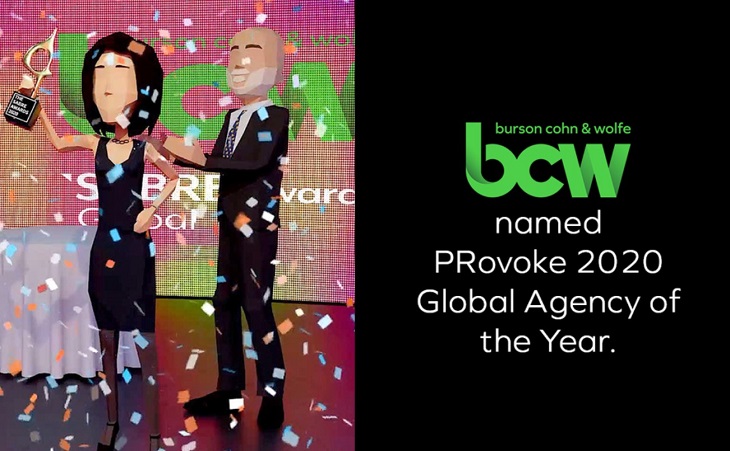 The global communications agency, a partner to Engage BCW in Kenya, was praised for its innovative new client offerings, attracting exceptional new talent, and delivering consistently strong performances across all regions.

“It is thrilling for BCW to be named Global Agency of the Year just two years after the launch of our brand,” said Donna Imperato, Global CEO, BCW.

“Our leaders and teams have worked so hard to exceed all expectations for our successes so far. I’m really honored and proud of everyone for their fierce dedication, incredible talent, and their palpable passion for making BCW the next generation of communications agencies. This award is for them.”

Robyn de Villiers, CEO of BCW Africa added: “This Global Agency of the Year recognition is an amazing achievement and testament to the effort of BCW staff from around the world. It also honors the global effort that has been put into creating a winning culture at BCW, one that moves people internally to deliver their best client work.”

The Global SABRE Awards also recognize the top campaigns in the world from the previous year. BCW Mexico’s “Hagamos Esto Juntos” (“Let’s Do This Together”) for Coca-Cola Mexico was among the top 30. It was a fully integrated campaign to help the brand collect and recycle 100 percent of its packaging by 2030. BCW Mexico was the only Latin American agency honored at this year’s awards.

During the ceremony, GCI Health, a BCW Group company, was named Global Healthcare Agency of the Year. Earlier in the year, BCW’s Asia-Pacific Region won the SABRE for Regional Consultancy of the Year.