Obinna Ukwuani is the chief digital officer at the Bank of Kigali (BoK). The man has all it takes to… 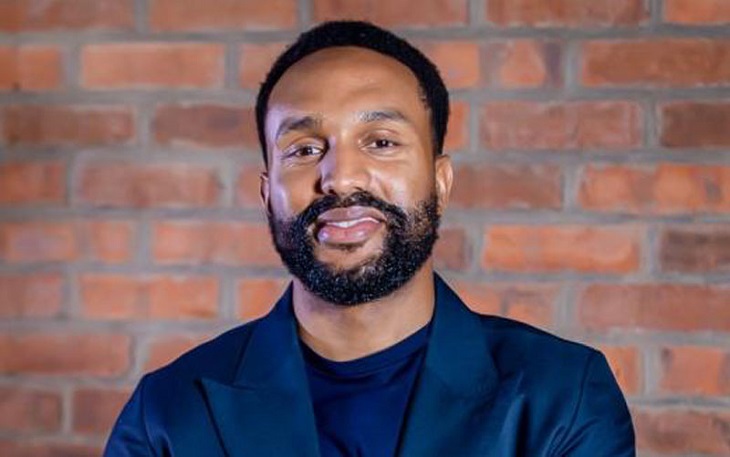 Obinna Ukwuani is the chief digital officer at the Bank of Kigali (BoK). The man has all it takes to be called a tech wizard with the skills that make him fit in any part of the world due to demand. As a graduate of the Massachusetts Institute of Technology (MIT), his skill set is in high demand.

But he chose Africa. He excelled in high school, graduating valedictorian and attracting the attention of prestigious universities, including Stanford, Columbia, and Duke. He chose MIT. He is a man with a taste for high things.

His first summer break during his first year at MIT changed everything. He was visiting Nigeria, the country of his parents’ birth where he had briefly been twice before.

“I was so shocked by the distance between us (his Nigerian agemates) in terms of achievement… many of these guys were sharper than I was, but they hadn’t progressed as much,” he says. “That was when I thought perhaps I could do something for the generations coming after us to make sure that they have a better experience.”

This birthed his passion for education, which he believes is the beginning of Africa’s transformation. In 2020, amid the ravaging Covid-19 pandemic, he was appointed BoK Chief Digital Officer (CDO). And as he notes, the CDO is a fairly new role that has only come to prominence in the last decade or so.

Ordinarily, most markets are accustomed to a chief information officer (CIO) or chief technology officer. A CIO, for instance, typically deals with issues of IT infrastructure such as maintaining the systems and meeting an organization’s software needs.

“I’m more of a chief digital product officer. My team is focused on building in-house digital products, which are a bank’s intellectual property… these can be then commercialized,” explains Okwuani.

When he joined BoK, the largest lender in Rwanda and majority-owned by the government, Ukwuani had been tapped from Paystack – a Nigerian fintech start-up.

Paystack famously sold one of the best exits in the African start-up ecosystem after it was acquired for $200 million (Sh23 billion) by digital payments processor Stripe Inc, which is one of the US’s most valuable tech start-ups.

“When I came to the bank, I saw an opportunity to work with an organization that had brand equity and tremendous resources,” says Okwuani. “And I thought if we can do what we had done at a company like Paystack, how much more can be achieved when you have people with the same mentality, but they work within a bank with enormous resources?”

The job also gave him the opportunity to help deepen digital financing in developing markets such as Rwanda. This includes making their platforms more self-service and building retail clients. Coming from a relaxed start-up background, he notes that the toughest aspect of his job was the culture.

There’s a jibe among techie circles that traditional institutions such as banks have never figured out how to hire, utilize and retain talent.

“I think the hardest part has been getting the culture right. The people who build all this amazing software and technology behave differently from a person who is accustomed to working in a bank. There’s a certain way that you dress, a time you show up or do things,” he says.

Being creatives and designers, there’s a way that techies need to be managed or led in order to be productive. Okwuani, however, notes there’s a cultural renaissance, which has enabled young designers or engineers to come to BoK and thrive.

One of his biggest wins was the launch of the bank’s internet platform, which he says keeps constantly evolving. “Last year, we did our core banking system migration. Before that, all of our internet banking platforms were provided by third-party vendors,” says Okwuani.

“And that’s a huge win… being able to give SMEs and corporates the ability to do bulk payments easily and also international transfers.” He says they have been able to work at the pace of the customer and constantly adjust features and launch new versions of the platform.

But how far off is Africa from a cashless future?

Mr. Ukwuani notes how hard it is to pinpoint a particular time that cash will disappear in Africa. Cash is still king here. One of the hurdles toward a cashless future in Africa, he says, is the affordability of digital transactions. Telcos, banks, and payment facilitators all take a cut, driving up the cost, and Africa has a price-sensitive population.

As digital banking takes root across the continent, there are fewer people going into banking halls, and lenders are making it deliberate to cut costs.

An entrepreneur at heart, where does Okwuani see the next big thing in tech? “I wish I could tell you that with certainty. I’d sell all my assets and put my money there,” he chuckles.

Mr. Okwuani notes that there’s still a lot of ground to cover on fintech. Savings, pensions, and investments are one gap, and there are a number of start-ups in this area.

Remittances and cross-border funds transfers are also other opportunities. Sending money across African countries is “frankly ridiculous,” he points out.

“This needs to be simplified and made cheaper. The movement of money and that whole experience is central to making sure that inter-country trade on the continent can happen,” explains Ukwuani.

Recently, African central bankers have been keener on digital currencies. Ukwuani notes that there’s a lot of caution on this front by banks. “Banks are not sure yet of their place in this new world.”

“My personal position is that banks will still have a big role to play because, in the end, a bank isn’t just about cash or custody of value. It also enables you to do so many things, including paying your bills,” he says.

BoK is led by a diverse pan-African team, perhaps pointing to a longer-term expansion strategy across the continent. Mr. Ukwuani has a piece of advice to upcoming young techies: “Whatever you do, do it well. If an opportunity seems to be out of your reach, maybe it’s just a matter of time. Work hard, find your weaknesses and work on things like design, product management, and engineering.”

He says there are many levels to becoming better, including constant learning and developing a specialization. One such emerging specialty area where there’s a dearth of talent is blockchain, he notes. On new developments in his job, Okwuani says that the bank is working to have all of its services digitized.

“We want to be world-class digitally, especially as far as retail and SMEs (small and medium enterprises) are concerned. There’s a number of platforms and products in the pipeline over the next two years,” he reveals.

Ukwuani’s job entails plenty of thinking, innovating, and testing products. How does he unplug from technology?

“That’s a tough one. Whenever I can, I enjoy a game of golf, it’s therapeutic. I also love to travel and vacation with my wife. I play basketball recreationally as well. I read, and of course, I have TV shows that I like,” he concludes.

Capitalizing On Technology To Better Avocado And Banana Farming In Kenya

The new BK mobile app has recorded a sharp growth in transaction volumes, value, and onboarded…

The Bank of Kigali (BK) Group has announced an 18.4 percent increase in net profit to…

Bank Of Kigali Customers To Use Face Scan To Open Accounts